An exciting trip to the brand new Silverstone Experience Museum!

Friday 6th March, 14 very excited people from BVS (Miss Vivian, accompanied by Mr Bass and 12 children from 5LJV) were picked up by a luxury Mercedes minivan and driven to Silverstone.  We were ushered straight through the heavily guarded police blockade and strolled right in to this exclusive, invitation only event. It was the day of the official launch of the new Silverstone Experience Museum, which was being opened by Prince Harry and Formula 1 racing driver, Lewis Hamilton.  We were the front row welcoming crowd.  It was an amazing day, where we were given a private learning session about the workings of engines, brakes and tyres, met and chatted to Harry and Lewis, and were interviewed and filmed by several news crews.

Here are the children, lounging on Lewis Hamilton’s car, which was brought in especially for the day. 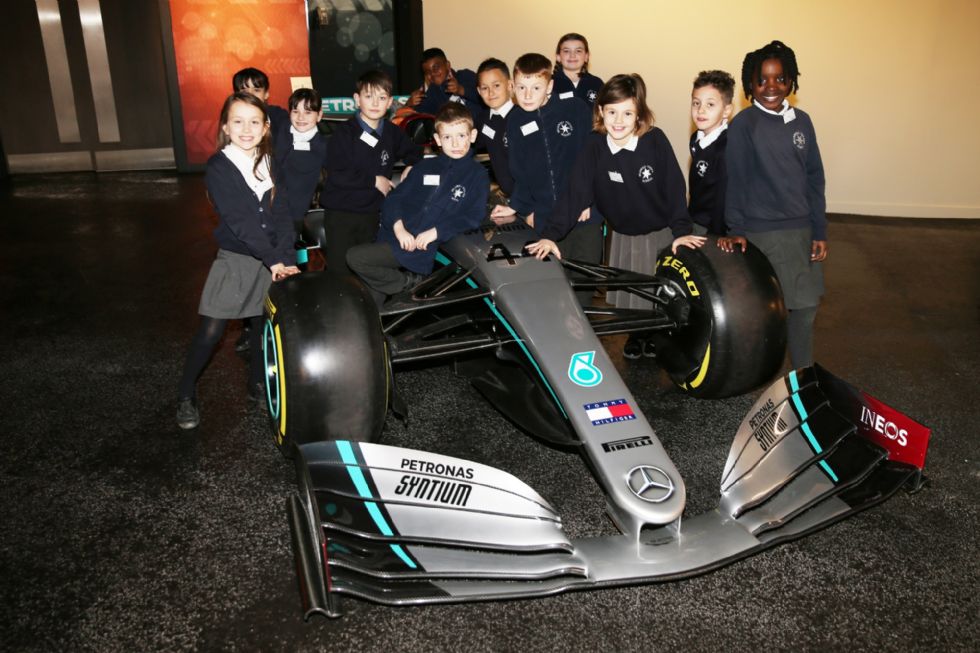